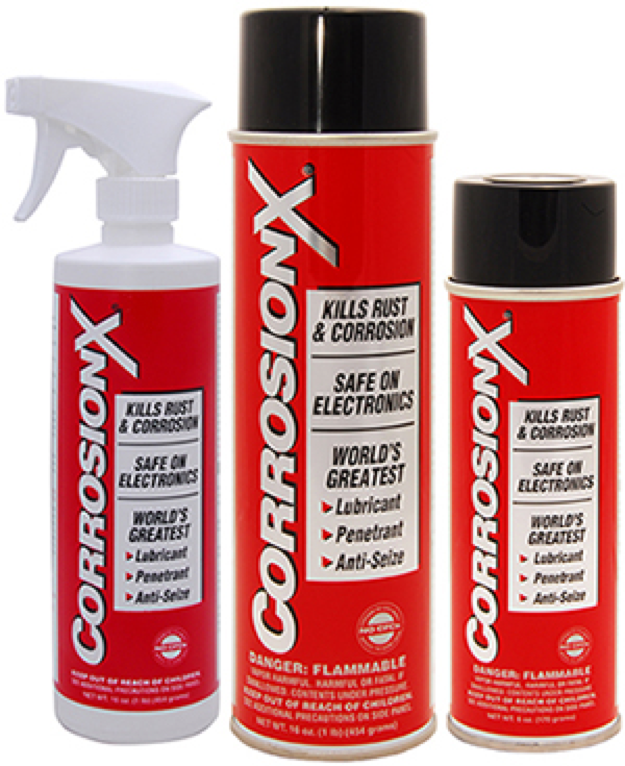 CorrosionX is the most advanced and effective corrosion prevention compound, lubricant and penetrant in the world! Although it may look like a typical oil-based anti corrosion spray, CorrosionX utilizes a revolutionary technology called Polar Bonding that does far more than merely slow down the corrosion process like those so-called 'corrosion inhibitors'. Corrosion-X actually kills existing rust and corrosion (keeping it from spreading) and provides long-term protection against rust and corrosion on any metal surface.

Category:
Products
Engines/AC/Maintenance
Cleaners, Adhesives & Chemicals
Paints, Finishes & Preservative
View this product at corrosionx.com
We use cookies to help provide you with the best possible online experience. Please read our Privacy Policy and Cookie Policy for information about which cookies we use and what information we collect on our site. By continuing to use this site, you agree that we may store and access cookies on your device.
I Agree