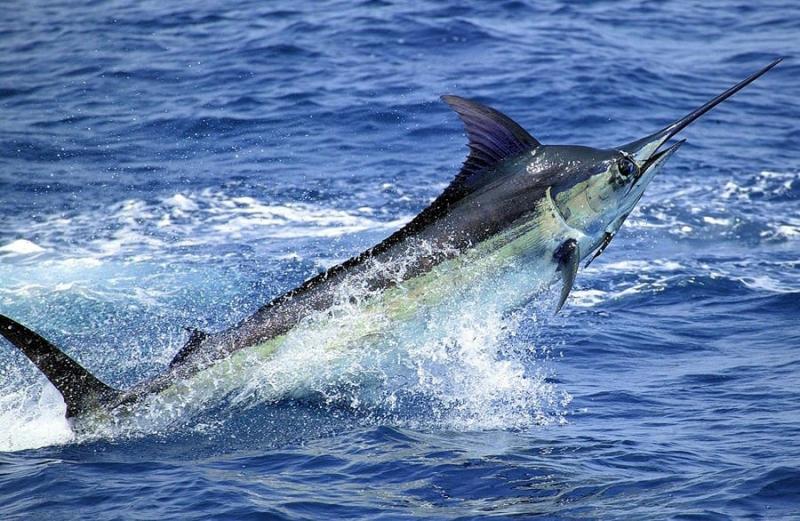 Marina Casa de Campo is located in a privileged vantage point for water sports. Fishing is the most important. The fishing season is February through May. Peak of the season: March, April.

The fishing season is starred by the Blue Marlin, other Billfish and pelagic species such as Mahi Mahi, Wahoo and Tuna. The fishing format is Catch and Release.

The last 3 years our fishing season has been one of the most consistent in the industry ranked in the top ten sport fishing scenarios in the world according www.billfishreport.com

The excellent conditions for Blue Marlin fishing, a world class complex and the personalized service that our clients receive, are a few of the factors that have made our fishing season so successful. This success has made us one of the top high level sport fishing destinations in the world. We have considerably contributed in making the Dominican Republic a Billfish Report top ten sport fish destination in the world for 4 consecutive years. In 2016 Casa de Campo was awarded 10th place among the most prestigious fishing destinations in the world out 50 candidates.

Each year Marina Casa de Campo receives an average of 40 professional sport fishing boats from the United States, which stay in port for an average of 3 months. This generates a transit of about 200 people a month. This attendance is strictly related to sport fishing, later in the description of sponsorship packages we will detail the reach of sponsoring our fishing season.

Multiple activities take place during the fishing season and two of the main events are:

It is a month long release competition which takes place from March 15th until April 15th, in which the boat with the most Blue Marlins released during the established time frame wins the cup.

The name of the winning boat is engraved on the base of the perpetual trophy that is kept in the Casa de Campo Yacht Club. The winner also receives a replica of the trophy and other gifts from our sponsors.

It is a fishing tournament in the Catch and Release format which forms part of the calendar of events that takes place during the Blue Marlin fishing season. It is directed by Robert “Fly” Navarro and the organizing team of Marina Casa de Campo.

Category:
Products
Destinations/Marinas
Destinations & Resorts
Marinas/Yacht Basins
Other
Fishing Tournaments
View this product at marinacasadecampo.com.do
We use cookies to help provide you with the best possible online experience. Please read our Privacy Policy and Cookie Policy for information about which cookies we use and what information we collect on our site. By continuing to use this site, you agree that we may store and access cookies on your device.
I Agree