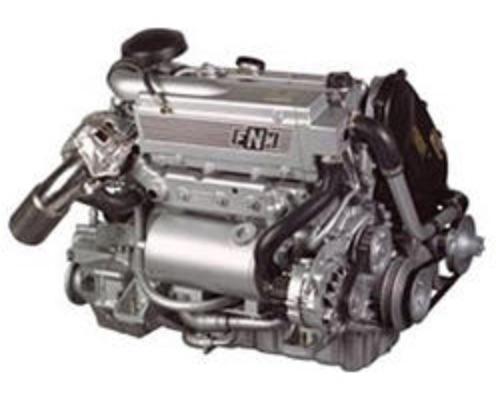 Founded in Italy in 1991, FNM is globally recognized as a specialist in marinizing FIAT diesel engines for high-speed propulsion (60-295 HP). FNM invented the first Turbo Diesel Engine in Europe, and is renowned for design and development of marine diesel engines.

FNM marine diesel engines are characterized by their outstanding power-to-weight ratio as well as their capability to outperform equivalent-size gasoline engines. With the new HPE series of up to 295 HP, FNM delivers outstanding fuel efficiency along with minimal noise and vibration levels. The HPEP series combines the HPE series engine with an integrated stern drive or jet drive system to create a worry-free propulsion package.

The new FNM Hybrid Engine System opens new horizons for pleasure and commercial craft. The chance to move along when and where you want creating zero emissions. A compact and valuable engine that provides you with both propulsion and energy at the same time. A system developed for quietly operating your boat in protected areas and harbors, the FNM Parallel Blue Hybrid System optimizes consumption preserving the performances of the last generation of turbo diesel common-rail engines.

Fort Lauderdale International Boat Show 2020
FLIBS 2020 Plan
Yellow Zone Engine Row 1211
Category:
Engine Accessories
Engine Controls & Instruments
Inboard Engines
View this product at mshs.com
We use cookies to help provide you with the best possible online experience. Please read our Privacy Policy and Cookie Policy for information about which cookies we use and what information we collect on our site. By continuing to use this site, you agree that we may store and access cookies on your device.
I Agree