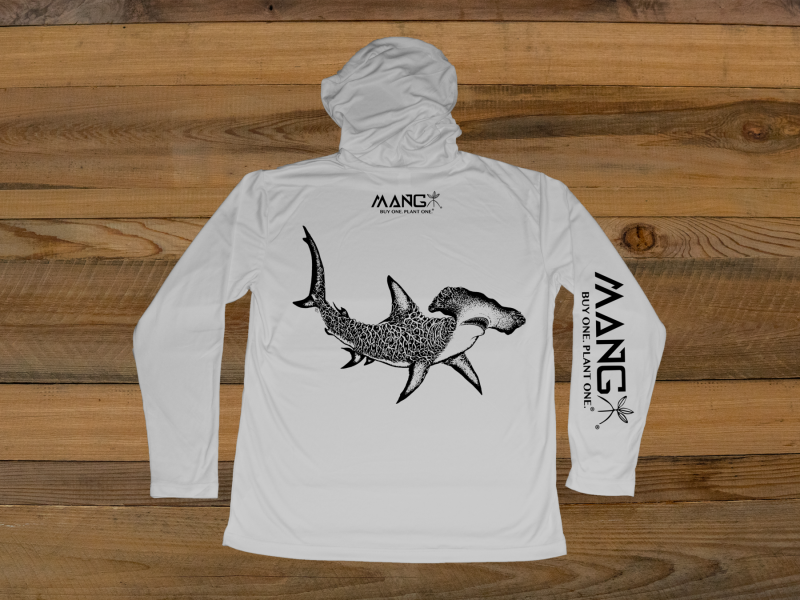 What is a shark without its fins?

For the month of September, MANG is collaborating with Shark Allies. Who bring light to the issues around the global Shark Fin Trade. Shark Allies focus is all about the protection and conservation of sharks and rays. This is done by asking citizens to take action, raise awareness and guide initiatives to reduce the destructive overfishing of sharks on a global scale.

A portion of the proceeds gives back to Shark Allies and plants a mangrove!

The “HAMMERMANG” was created to emulate the great hammerhead shark. The largest of its species, the trademark broad shaped head has given this top predator an evolutionary edge. The hammerhead shark plays a critical role in our coastal ecosystem health and abundance.

When you buy this product you are planting a mangrove through our Buy One. Plant One. Initiative.

Fort Lauderdale International Boat Show 2020
FLIBS 2020 Plan
Blue Zone 904
Category:
Products
Accessories
Gift Shop Items, Nautical
Fashion/Jewelry/Art
Clothing & Footwear, Nautical
View this product at manggear.com
We use cookies to help provide you with the best possible online experience. Please read our Privacy Policy and Cookie Policy for information about which cookies we use and what information we collect on our site. By continuing to use this site, you agree that we may store and access cookies on your device.
I Agree