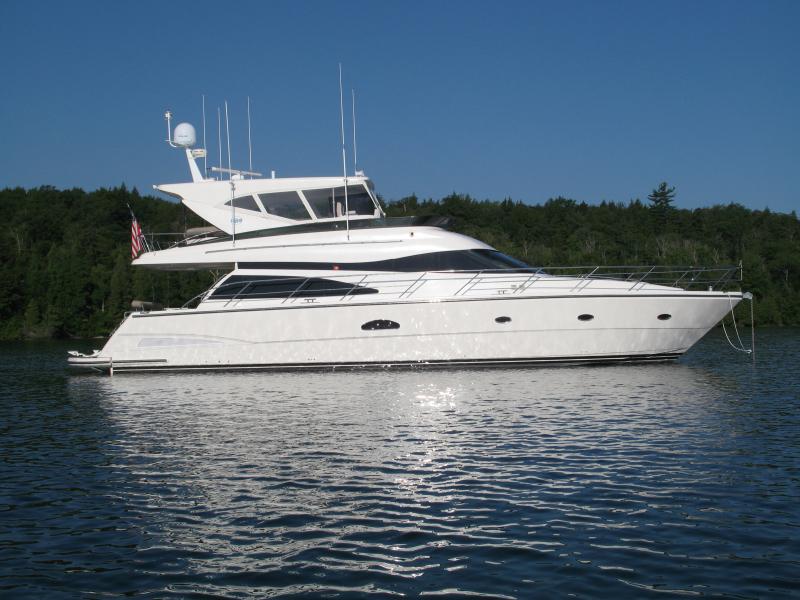 ANDIAMO represents a very special 62 Neptunus. First she was built by the current owners as a second Neptunus they owned.

Since being built 50% of the months since her launch she has been in fresh water. Most of those months have been in a heated under cover shed outside Detroit, MI.

Of special note is her functional Office and a unique settee in the Companionway to sleep two when needed. Her Galley is enlarged from the standard 62’ layout by having a very compact hidden Lower Helm. Her bow and stern thrusters are powered via 48 volts DC for maximum thrust.

Don’t let the year built and engine hours fool you, ANDIAMO’s owners have lavished her with upgrades and improvements annually, often long before the parts had completed their useful life. There is a large spare parts inventory available. She has been pained, has had a couple of sets of after coolers changed, new electronics, new interior appointments, etc, etc.

ANDIAMO sparkles and deserves your closest inspection. She compares very well to much newer sisterships.